The exterior of the Bolo-Hauz Mosque 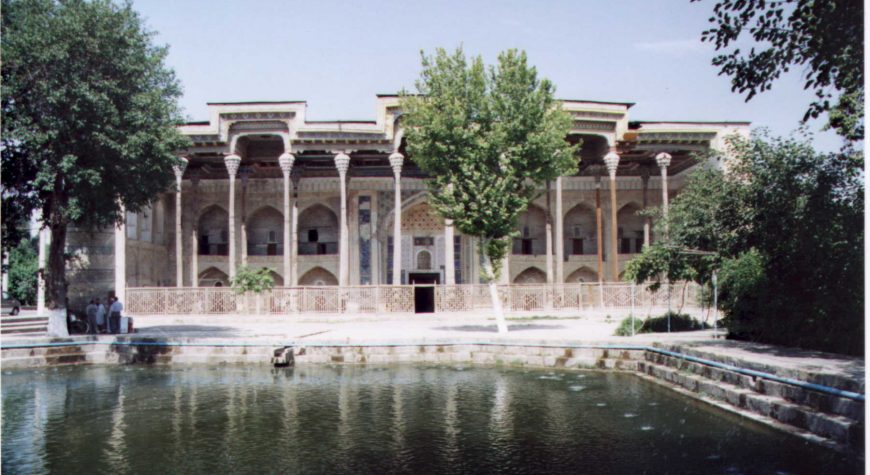 The Bolo House complex is more than just a mosque. It is a festive, Friday mosque, where the rulers of Bukhara often prayed. The complex has a winter mosque, the facade of which is hidden by a summer mosque, in front of which there is a large octagonal pond – hauz. The winter mosque is completely made of stone and its construction dates back to 1712, at the same time the Hauz was built.

Inside the mosque is decorated with carvings and contrasting red and blue paintings on the white walls, gilding is actively used. This color scheme creates an atmosphere of festivity and lightness. The summer mosque was built two centuries later, in 1917. By design it is an aivan, a gallery with columns, surrounding the winter mosque from three sides.

The wooden roof of broken shape rests on high and elongated columns. Remarkable paintings and carvings – they are multicolored, textured, graceful, elegant and varied. Especially good is the central entrance to the winter mosque.

Along with aivan on the square was erected and freestanding minaret. Townspeople call this complex a mosque with forty columns, which do not lose their charm at night, reflecting in the water surface of the hauz.