The Arab Hall of Leighton House 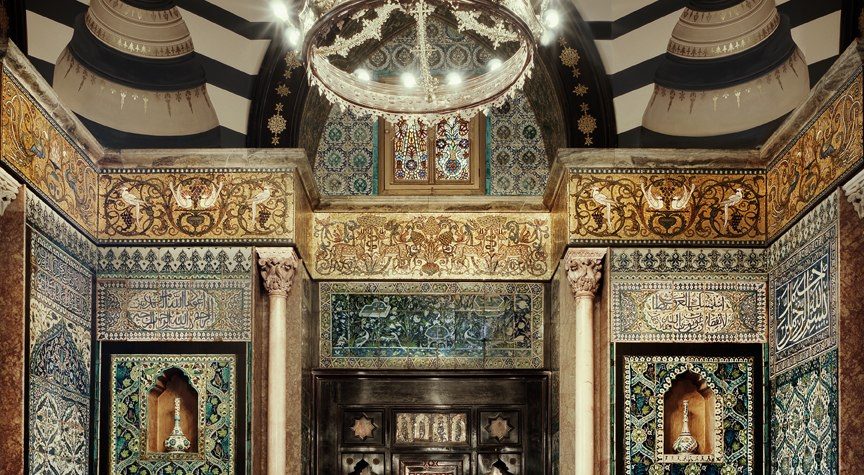 The Leighton House Museum is located near Holland Park in London. The museum is the magnificent home of Lord Leighton, an influential Victorian artist and former president of the Royal Academy.
The lord left behind a magnificent house that is breathtaking.

The building, designed by the architect George Atchison, was built in a restrained classical style of red Suffolk bricks and finished in cayenne stone.

The same architect subsequently completed the building within 30 years. The most significant expansion of the building occurred in 1877-9. That’s when the two-story Arab Hall appeared, housing a collection of Leighton tiles collected during his trips to the Middle East.

Atchison and Walter Crane claim to have copied the building design from La Ziza Palace in Palermo. The 17th-century tiles are harmoniously complemented by carved wooden lattice windows from the same period, imported from Damascus. Large 16th-century Turkish tiles were also used in the decoration. At the west wall is a wooden alcove with 14th century tiles.

Victorian elements are also found in the rooms: the capitals of Sir Joseph Boehm’s small columns, designed by Atchinson. The capitals of Randolph Caldecot’s large columns, carved in the shape of birds, are gilded. The mosaic frieze was designed by Walter Crane.

The marble decoration was by George P. White. An exquisite decorative painting adorns the domed ceiling, and a fountain spouts in the center of the room.

The passage leading to the Arabian Room is tiled and designed by William de Morgan.