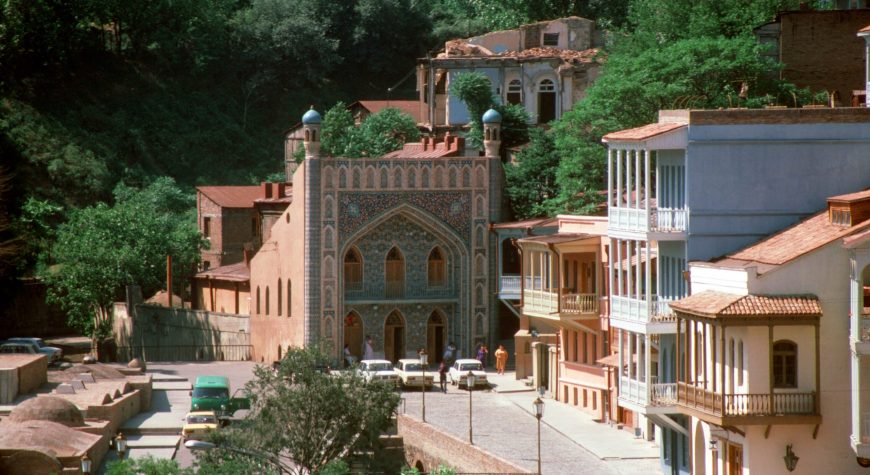 The first Juma Mosque was erected by the Ottomans in 1723-1735. The construction did not last long, in the 40s of the XVIII century, it was demolished to the ground by the Persian army.

In the next century, in 1846-1851 the temple was rebuilt by the famous Italian architect from Padua Giovanni B. Scudieri.

But this building did not last long either – it was destroyed at the end of the XIX century. Only in 1911, instead of the old temple the new Juma Mosque was built, which still exists in one of districts of Old Tbilisi.

It is noteworthy that the architecture and decoration of the temple simultaneously combines Islamic architectural styles and neo-Gothic.