Persian carpet in the main hall of Muscat Mosque 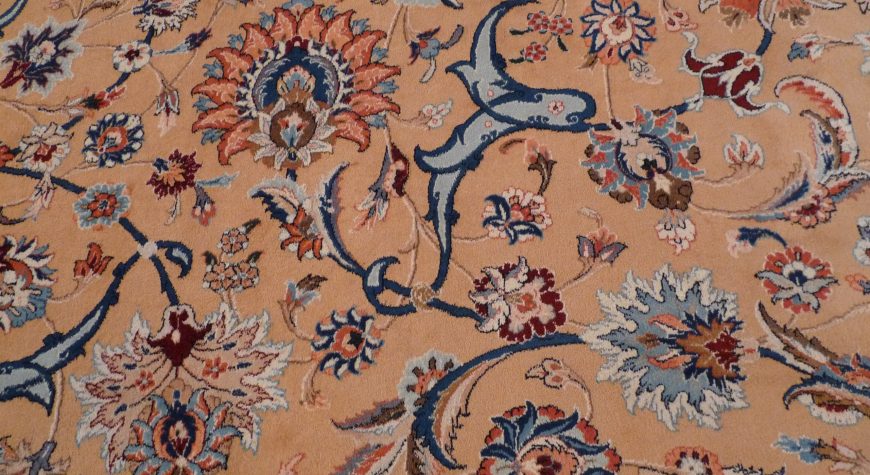 The Persian carpet in the main hall of the Muscat Mosque (Sultan Qaboos Mosque) weighs 21 tons, created with 1.7 million knots, the patterns contain 28 colors, and only vegetable dyes were used in its production. The carpet is 70 m x 60 m and consists of 58 parts, which were joined into one carpet and woven by 600 women in two shifts during 4 years. It took several months to unroll the carpet. It is the largest rug in the world.