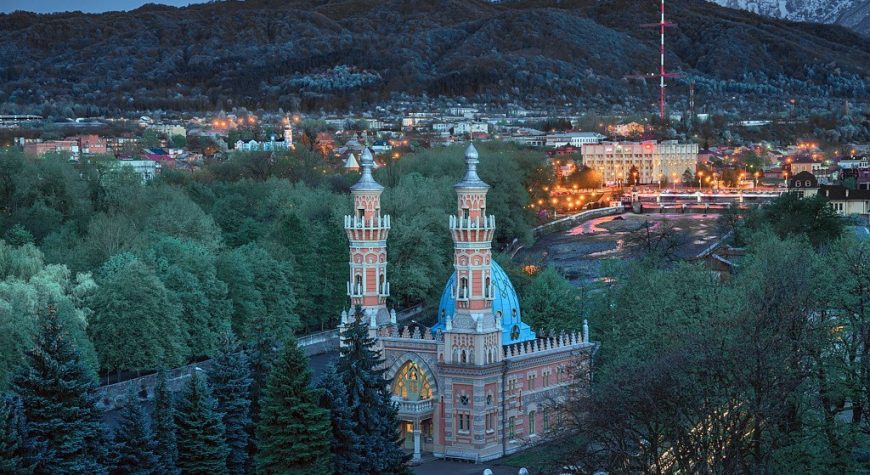 The Mukhtarov Mosque (Sunni Mosque), located in the central part of Vladikavkaz, is an architectural monument of federal significance and one of the city’s symbols.

The construction of the Sunni Mosque began in 1900. The city council assigned a plot of land on the left bank of the Terek River for the construction of the mosque. The Vladikavkaz mosque was funded by donations of the Baku millionaire Mukhtarov, as well as donations of parishioners. Construction work on the mosque was not completed until 1908. The project was designed by a favorite architect of Mukhtarov – Pole I. K. Ploshkov.

The architectural style of the Mukhtarov mosque strongly resembles ancient Cairo mosques of the X-XII centuries. It is a fine building with a small dome, a picturesquely ornamented lancet arch, two minarets and two balconies. The dome and the minarets are topped with gilded, sun-shining crescents. The height of the mosque is 16.5 m, the minarets are 33 m high. The exterior paintings on the mosque building and its interior make a special impression. On the walls are the sayings from the Koran, made in gilt letters and Arabic script.