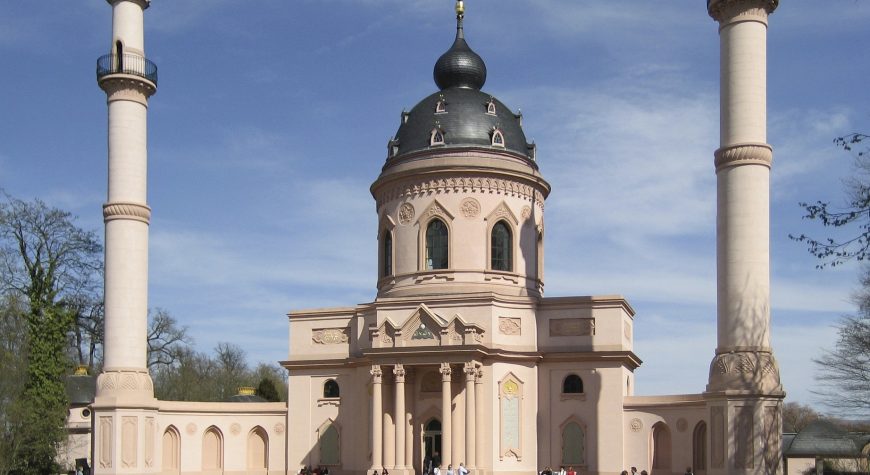 The architect Nicolas de Pigage built the mosque with its central structure, two minarets and prayer rooms between 1779 and 1795. This exceptional example of garden architecture was inspired by the mosque of William Chambers at Kew Gardens in London and, in particular, by the designs of Johann Fischer von Erlach. The combination of Western and Eastern architectural languages is fascinating. Thus Baroque domes, lively windows, and rounded arches are found alongside minarets, pavilions, and crescents.

As the last surviving garden mosque of the 18th century, the Schwetzingen Mosque is a unique testimony to the interest in the Arab world that prevailed at the time.