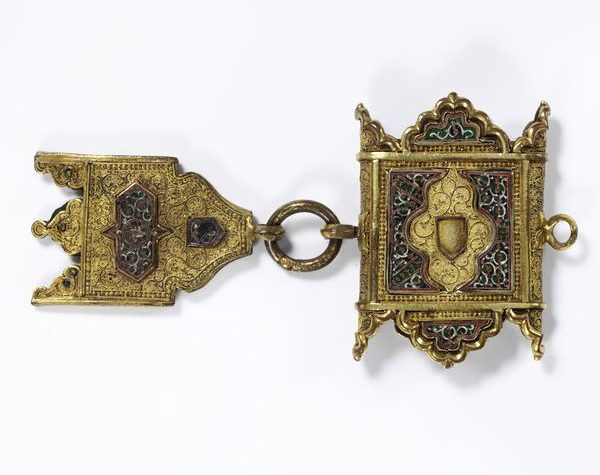 The medallion was originally dated before 1853 and is associated with similar objects believed to have belonged to the last sultan of the Nasrid dynasty, Abu Abdallah Muhammad XII or Boabdil.

However, the meaningless inscription and the sixteenth-century style enamel indicate re-appropriation as a trophy, made to show descendants the heroism of the owner who participated in the Reconquista.

The wealthy Iberians were so seduced by the sophistication of Islamic art that these trends prevailed in the sixteenth century and after the conquest of Granada in 1492. (M. Rosser-Owen, 2010).