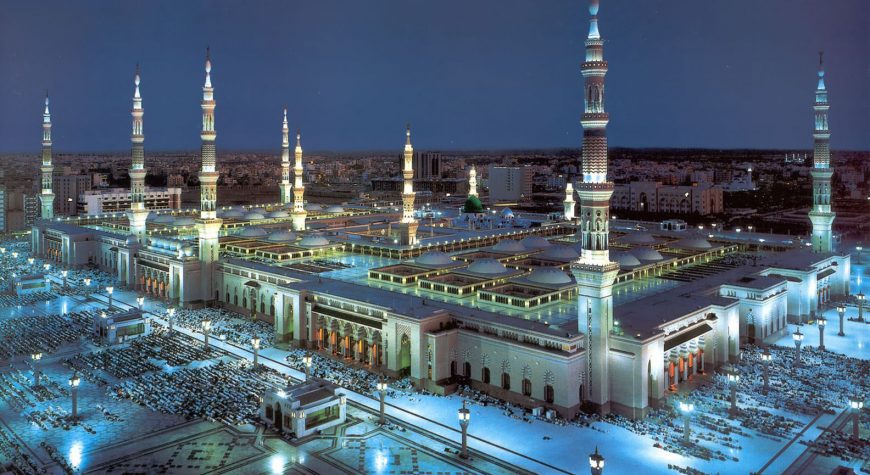 Masjid al-Nabawi is a mosque in Medina, the second holiest shrine in Islam and the burial place of the Prophet Muhammadﷺ.

The first mosque was built there during the lifetime of the Prophet Muhammadﷺ, and subsequent Islamic rulers expanded and beautified the shrine. Under the Green Dome is the tomb of Muhammadﷺ. The exact date when the dome was erected is unknown, but its description can be found in manuscripts from the beginning of the twelfth century. The first two Muslim caliphs Abu Bakr and Umar are also buried in the mosque.

After the Hijra, Muhammadﷺ settled in Yasrib (later called Medina) in a house on the site of which he later began the construction of the mosque, he himself took part in the works. The principle of the layout of this building was adopted for other mosques all over the world. The main elements of the composition of the Column mosque were incorporated in the building: an open rectangular courtyard and a prototype of a future columned hall oriented originally towards Jerusalem and later towards Mecca, recognized as the main sacred city of Muslims. The mosque also served as a venue for cultural and social events, a court and madrasah.