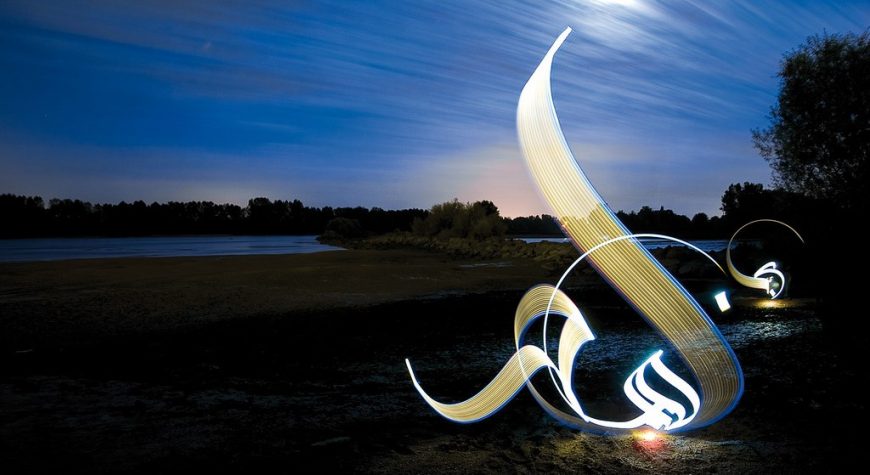 French artist Julien Breton – known online as Kaalam – started doing light calligraphy back in 2001, transferring the works of Arabic calligraphers into his photos.

This self-taught photographer had travelled around the world and created incredible light paintings with long exposure photography. All the pictures you see in this set were not manipulated in any graphic editors.

Julien utilizes exposures from 30 seconds to several minutes. During this time Julien draws his calligraphy by using a light stick.

His passion for writing in light started with a simple flick of his hand and when he noticed that a luminous trail appeared in the frame, he began to experiment and evolve in it, slowly mastering the skill of light calligraphy.

Gradually his hobby grew into something more serious – he was invited to exhibitions, he invented a series of performances using light calligraphy, began to integrate light writing into design works.