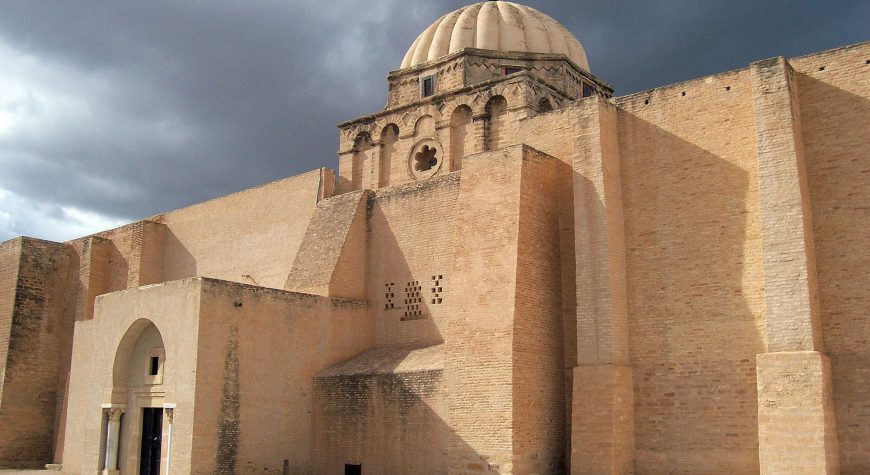 Kairouan, which means “caravan”, was the capital in the Middle Ages before it was transferred to the city of Tunis. Kairouan’s first mosque was built in 670, shortly after the arrival of Muslim Arabs in North Africa. The temple was founded by the founder of the city, Sidi Okba, so the complex is also known as the Sidi Okba Mosque. The present building was built by Emir Abu Ibrahim Ahmad in 863.

For centuries, the Great Mosque of Kairouan served as a pilgrimage site for North Africans who could not make the long trip to Mecca. According to popular belief, seven trips to Kairouan were worth one visit to Mecca.