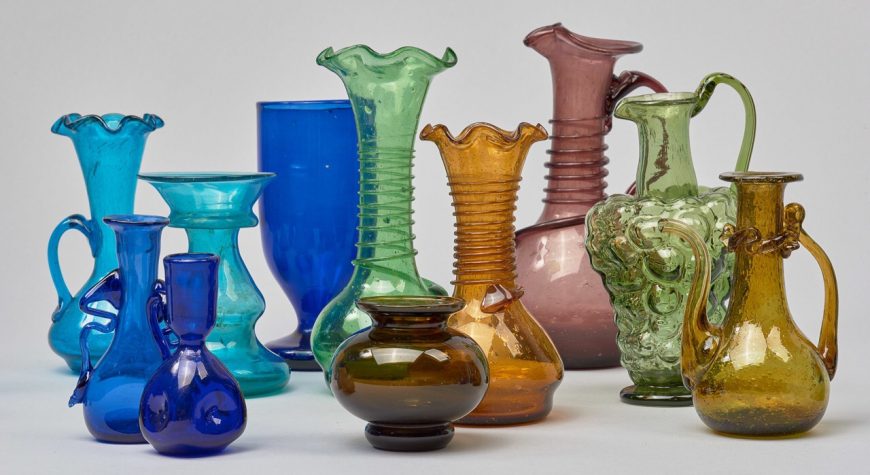 Since the Middle Ages, the people of Hebron have produced glass that was characterized by elegance and nobility. Around the 1840s, their glass factories supplied Palestinian households with huge quantities of glassware for every day.

Colorful bracelets and other inexpensive jewelry were made for Christian pilgrims, which they took home to West Asia, to the islands of the Greek archipelago, or to Europe. Whole caravans of camels were loaded every day.

In Jerusalem, hordes of Orthodox pilgrims stormed the market stalls during the Easter festival of Eastern Christianity; here the bright glass from Hebron was traded.

These days, Hebron glass has become a kind of trademark of Palestinian identity.