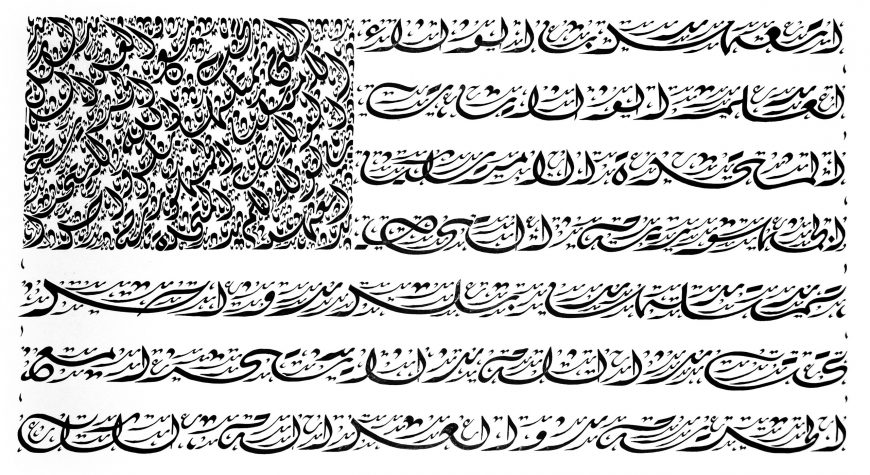 Born in Nashville, Tennessee — the heartland of America — Everett Gurney Barbee is an artist with an unusual talent for Arabic calligraphy. One look at his work is enough to see that each one tells a story of devotion and beauty, reviving a language that is in dire need of preservation.

Ironically, his first encounter with Arabic calligraphy happened during a trip to India. “I first saw the inscriptions in the stores and decorations of mosques when I was 17 in northern India. At that time, it never occurred to me that I would eventually write calligraphy myself, but the beauty of the scripts and the hospitality and kindness of the Muslims I met there was my main motivation to learn Arabic, which later led to my studies in Arabic calligraphy.”

“What motivates me to work in the field of Arabic calligraphy is my attachment to the Orient and Islam. We have a widespread ignorant attitude towards Islam in the West, and people are often mistakenly afraid of Islam. I would like to correct this situation through art and calligraphy”. – Everett said.

The artist is currently working on a Quranic project. The American boy plans to have all surahs of the Quran written in calligraphic handwriting on 114 separate canvases, so one surah will be on each canvas.

See also  A design for a cascading tower complex for Mecca pilgrims.
Share This: