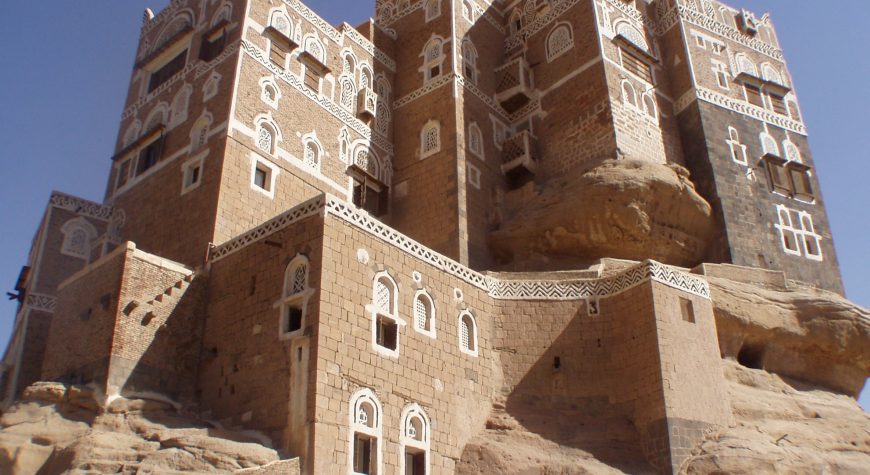 Dar al-Hajar stands on top of a protruding rock in Wadi Dar, a fertile valley of small villages and clay walled gardens. Depicted in many books about Yemen, it has become a symbol of the country itself.

Imam Yahya (1911-48), built the five-story palace in the 1930s as a summer residence. Building a palace in such an extraordinary location was not his idea; there were already the ruins of a prehistoric building on top of the hill. Wells running through the rocks beside the house are said to have existed since the days of the old building. This summer residence of Imam Yahya is actually a group of palaces which are famous for their delightful sites and beautiful plaster ornaments in the Sana’a style.