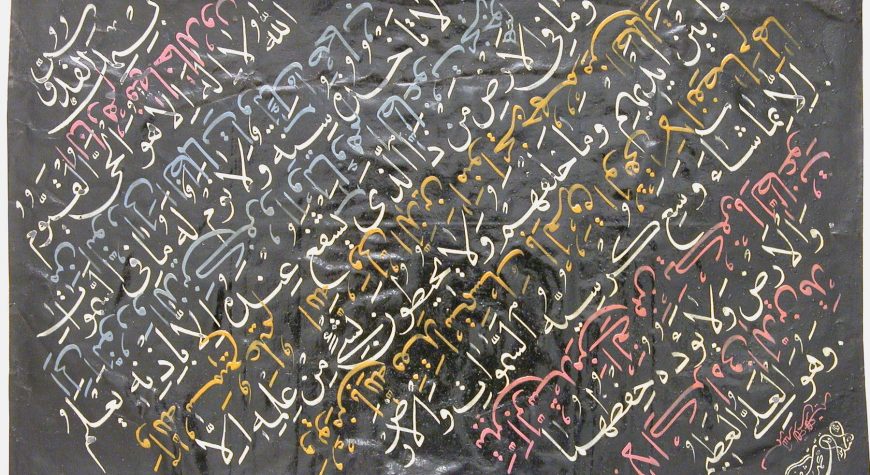 This page contains excerpts from the Qur’an, specifically Ayat al-Qursi (Qur’an 2:255), written in the elegant Naskh style. On the page are eight diagonal lines of cream-colored text between which are eight lines written in reverse in pink, yellow, and blue ink.

Muhammad Shafī, known as Visāl-i-Shīrāzī (1779-1846), was one of the most celebrated and talented calligraphers and poets of the Qajar period. He descended from a line of scribes who served on the local courts of the Safavid, Afsharid, and Zendi rulers. He was fluent in seven styles, especially Naskh and Nastaliq. Muhammad Shafiq specialized in reviving naskh in the style of the late Safavid calligraphers such as Ibrahim Qumi and Ahmad Nairizi, he is considered to be the undisputed master of naskh revival in Iran.