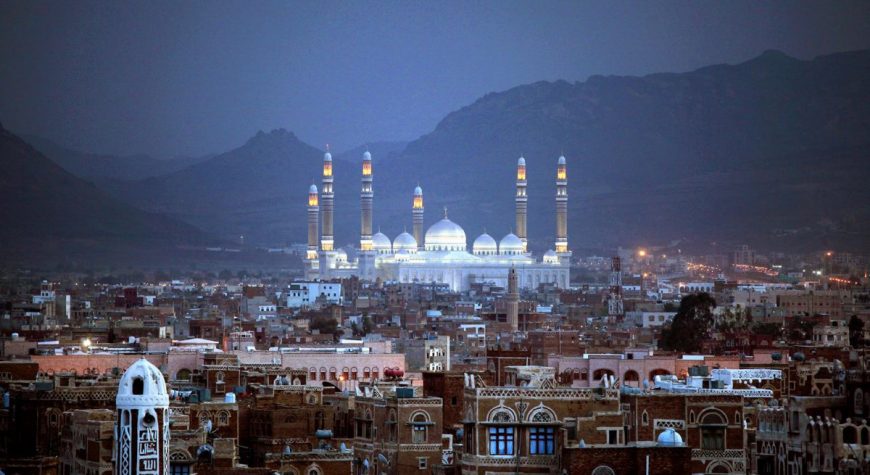 The Al-Saleh Mosque is the main and largest mosque in Yemen’s capital, Sana’a. Built at the behest of the country’s first president, Ali Abdullah Saleh, and largely with his own money (about $60 million), the mosque bears the politician’s name.

The mosque is incredibly beautiful; the six minarets, each 100 meters high, visible from all directions of the city, the richly decorated domes, the combination of different types of stone, including black basalt and red, white and black limestone, the stained glass windows – the mosque has been compared in beauty with the Al-Haram Mosque in Mecca.

The mosque was completed in November 2008. It consists of a complex of buildings, the largest of which, for prayers, occupies more than 27 thousand square meters. The Al-Saleh Mosque, with 24-meter high ceilings, huge chandeliers, the main hall with a capacity for 44,000 people, is intended to impress and inspire. It is worth noting that along with the Hassan II Mosque in Morocco, it is one of the few mosques in the world where non-Muslims can also enter.